Guido, The Fabians, And Defending The Indefensible 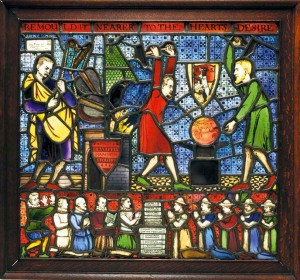 As you would expect, Guido Fawkes has leapt to defend Howard Flight.  Except he’s taking a rather unusual strategy in doing it.

He wrote here this morning that the Left shouldn’t be criticising Flight’s ridiculous comments because some members of the left, particularly within the Fabian Society, in the 19th and early 20th centuries were known to support eugenics.

George Bernard Shaw, toward the end of his life, was a supporter of the theories of eugenics, and the New Statesman in the early 30’s made mention of eugenics as a positive thing.

The flaw in this argument is that Labour and the left moved on. Nobody today believes that stopping the poor from breeding should be a political aim. That obviously can’t be said of the Conservative party given what Howard Flight said only a couple of days ago.

Guido’s argument would mean that Conservatives shouldn’t be able to comment on housing due to the number of Conservative MPs who took part in the enclosure of common land in Georgian England. Nor should they speak about race because, in the 18th century, some Tories were prominent traders in African slaves.

It’s a very silly way to defend the indefensible.